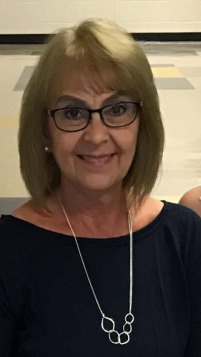 Barbara has had the pleasure of co-owning A&B Dance Dimensions since June 2005.  In addition to teaching Creative Movement and Preballet, Barbara is also an instructor for the annual Nutcracker Suite, annual Christmas parades and assists with the A&B Dance Company Competition Teams.

While in college, Allison preformed with the Emotions Dance Ensemble of Elizabethtown College.  She was also a member of the Elizabethtown College Varsity cheerleading squad and served as co-captain for 2 years.   Allison has taken classes at various studios in Philadelphia and later taught ballet, jazz, tap and hip hop at Upper Merion Dance and Gymnastic Center in King of Prussia, PA for several years.   Allison continues her dance education by attending many classes at Broadway Dance Center, Steps on Broadways and Alvin Ailey Extension in Manhattan, attending many teacher workshops including Broadway Dance Center Teachers Workshop and Dance Teacher Magazine Summer Conference and completed the Fundamentals of Ballet Workshop with Finis Jhung in New York City.

In addition to her dance career, Allison is a board certified pediatrician who is now practicing in the Waynesboro area.  She is a graduate of Philadelphia College of Osteopathic Medicine and completed her pediatrics training at Penn State Children's Hospital / Hershey Medical Center. She is a pediatrician at Keystone Pediatrics in Waynesboro.

She continues her position at A & B Dance Dimensions in an effort to share her love of dance with the youth of the greater Waynesboro area! 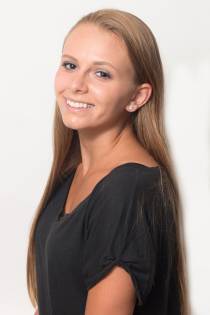 Samantha began her dance training at the age of 3 at Beckie’s Dance Studio (now A&B Dance Dimensions). She has trained in ballet, pointe, modern, jazz, hip-hop and tap. In addition to her local training, she has also taken classes at Broadway Dance Center, Steps on Broadway and Alvin Ailey American Dance Theatre in New York City, Drexel University in Philadelphia, Danceworks Studio in Cheltenham, England and completed the Fundamentals of Ballet Workshop with Finis Jhung in New York City.

She was an original member of the A&B Dance Dimensions Competition Team which she competed with for 4 years. She has performed as a corps member in the A&B Dance Company Nutcracker Suite as well as dancing soloist roles such as the Arabian, Snow Princess, Spanish, Merliton and Chinese. She has taught jazz, modern, ballet and pointe classes at A&B Dance as well as substitute teaching for multiple classes. She has performed in countless local Christmas parades, the Mummers Parade in Hagerstown and the Philadelphia Thanksgiving Day Parade.

She is currently a representative/designer for Yumiko Leotards. Samantha was dual major in Dance and Accounting at Messiah College during the 2014-2015 school year where she performed with the Acclamation Dance Ensemble and the Messiah Dance Department. After a transfer to Elizabethtown College, she became a member of the Elizabethtown College Dance Team where she served as Captain her senior year and Emotion Dance performance group.

Samantha currently teaches at Morton's Dance Center in Landisville, PA in addition to working as an accountant at Commonweath Charter Academy in Harrisburg, PA.

Brandy has studied jazz, ballet, tap, and modern and has a minor in dance and theater from Dickinson College.  She has previously worked as a choreographer for the Washington County Public Schools show choir program.  This summer she took classes in ballet, jazz, and tap at the Alvin Ailey American Dance Theater, Steps on Broadway, and the Broadway Dance Center.  She also holds a Master's degree in reading and teaches English at Waynesboro Area Middle School. 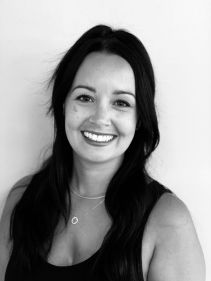 Alyssa has been dancing since the age of 4 with training in jazz, tap, ballet and modern.  She began her dance training at Mar-Le-Nie Dance in Chambersburg and later at Beckie's Dance Studio (now A&B Dance Dimensions).  She has been teaching tap and jazz at A&B Dance for the past 8 years and has loved every minute of it! 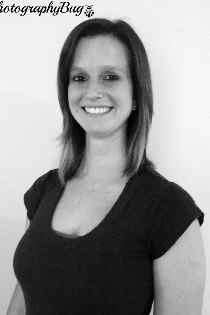 Kate has been dancing for 14 years and competitively dancing for 11 of those years. She has trained in tap, jazz, ballet, lyrical, Cecchetti, hip-hop, and musical theatre at Dee Buchanan’s School of Dance in Middletown, MD where she was a student instructor for 2 years. She was a member of the In-Motion Dance Team at Shippensburg University for 4 years where she also served as a choreographer.

Kate has been teaching at A&B Dance Dimensions for the past 3 years and coached the Junior Competition Team for 3 years. 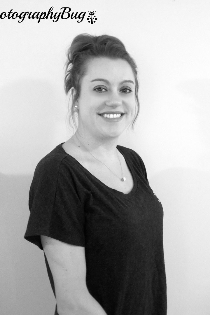 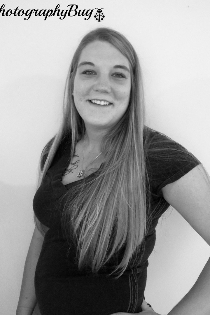 "I love working with the children and watching them learn new things!" 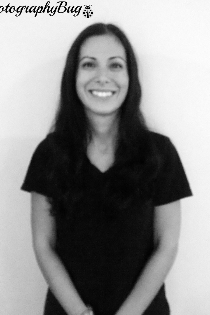 Ashley was a former student at Beckie's Dance Studio (now A&B Dance Dimensions) where she trained for 13 years in  ballet, pointe and modern dance.  After graduating, she continued her dance training in adult classes in ballet, jazz and hip hop.  She has been teaching Creative Movement at A&B Dance for the past 4 years. Brittany began dancing at age 5 at Margaret McCann's School of Dance in Mifflintown, PA   She has over twelve years of training in ballet, tap, jazz and pointe.  She was also a theatrical dancer with parts in the ballet, The Nightingaile, as well as played Lavinia in the ballet version of The Little Princess. 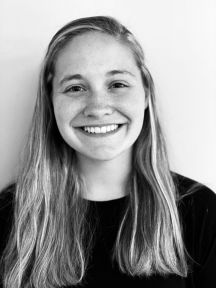 Kara is starting her 10th year of dance.  She has danced at Beckie’s Dance Studio (now A & B Dance Dimensions) for 11 years. Kara has trained in ballet, pointe, modern, jazz, hip hop, and tap. She was part of the A & B Dance Company last year as a team member. Kara was also part of the A & B Dance Company Nutcracker Suite for one year. In addition to her local training, Kara has also taken classes at Broadway Dance Center, Steps on Broadway, and Alvin Ailey. She has also performed in multiple local parades. 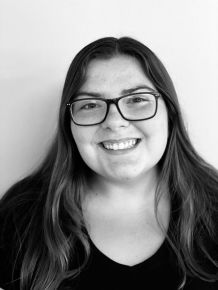 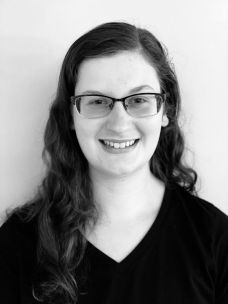 Mary began studying dance at Beckie's Dance Studio (now A&B Dance Dimensions) at the age of 5.  She studied a variety of styles of dance with a focus on jazz.

She attended Shippensburg University where she earned her Bachelor's Degree in Marketing and was a member of the Shippensburg University Track and Field team.  Her primary event was 400m hurdles.  Currently Mary is employed as a full time Procurement Analyst and pursuing her Master's in Business Administration at Frostburg State University.  Aside from dance, Mary is an avid runner and experienced group fitness instructor.  She Loves to incorporate her athleticism into her dance classes!  Mary is excited to continue teaching with her "dance family" at A&B Dance Dimensions and hopes to pass on her love of music and dance to the studio's youth!

Miss Madalyn has been dancing at A&B since the age of four. She is a sophomore at WASHS and takes jazz, hip hop, pointe, modern, and tap at A&B Dance. She loves dancing teaching it as well. Madalyn have also been a part of the A&B Dance competition team for the last 4 years and has enjoyed every single moment of it! 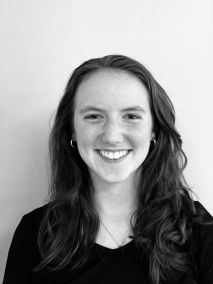 Anna is a freshman at Waynesboro Area Senior High School.  She has been dancing since the age of four.  Her favorite style of dance is jazz! 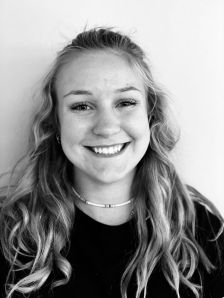 Abby has been dancing for 9 years, with 8 years at A&B Dance Dimensions. Abby has trained in Ballet, Pointe and Modern. She has performed in all the years of The Nutcracker Suite and Cinderella Ballets. Abby has served as an student assistant in the past and is returning after some time away. 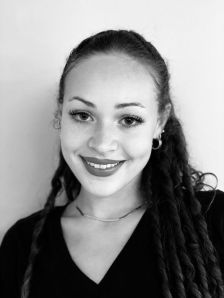 Anjolee has been dancing with A & B for 9 years with a concentration on Ballet and Pointe. She has also received training in Lyrical, Jazz and Hip Hop. Anjolee has been part of the A&B Dance Company's productions of The Nutcracker Suite and Cinderella including soloist roles. In addition to her local training, Anjolee has taken classes with the Washington School of Ballet in both Ballet /Pointe technique and variations. 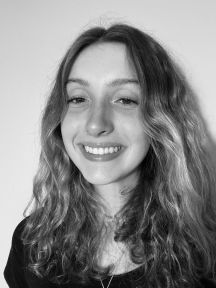 Rachel has been dancing for 8 years.  She is a sophomore at Waynesboro Senior High School.  She enjoys dance, reading and hanging out with her family.  Her favorite style of dance is ballet. 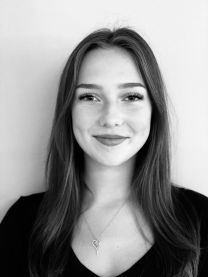 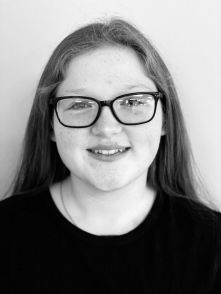 Please note that we take your child's safety seriously! A&B Dance features instructors and teaching assistants who have all passed state-required background and security checks.